Report from the Narrow Gauge Convention

Last week was the 39th annual National Narrow Gauge Convention in Sacramento where we had our biggest yet AsiaNrail layout.  This was a great, well organized convention which included contest room, 2 vendor rooms, many clinics, and of course a large layout room. 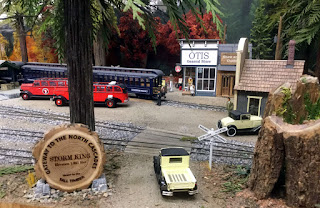 In the layout room besides our AsiaNrail layout there were several other really great layouts in several scales, all narrow gauge.

Just one example is this great scene is from an On30 layout called "Storm King".


One nice feature of this convention was that the layout and vendor rooms were opened from 8:00am to noon and from 6:00pm to 10:00pm.  So everyone got a chance to get out in the afternoons to the California State Railroad museum and to the many home and club layouts that were on a self guided tour.  Our crew visited 9 layouts including 2 garden railways.  While I have seen many G scale modular layouts at shows and a few at botanical gardens, this was the first time I had ever seen one in some ones yard and can see why it has become so popular. 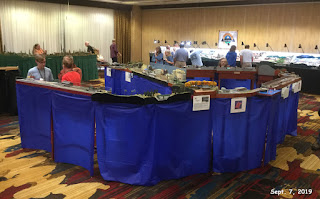 This is an overall view of our layout.  It was a triangle of 2+ meters on each side with Paul's wye module in the foreground feeding long branch and the 4 way junction feeding a pair of short branches.  We set the layout at the 51 inch height. 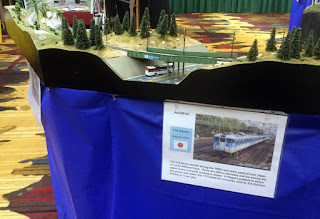 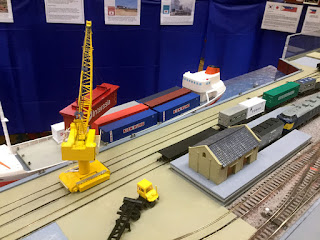 Paul has also been working on some new modules.  With this new port module we now have inter-modal operations including a container crane and Kato container trailers. 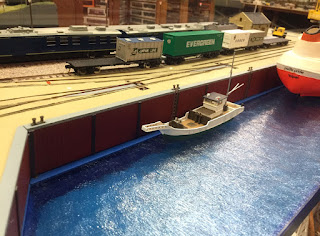 For this new port module Paul came up with a way to make the water that I had never seen before.  He used obscured acrylic sheet bumpy side up with smooth color sheet on the bottom. 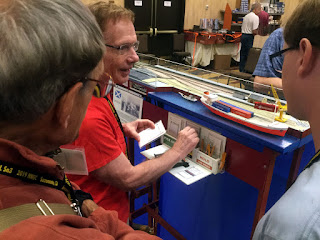 Paul has also been working on a car card traffic system for the layout and built some card boxes with a clever little table that folds out.  Here he is explaining to the crew how the system works. 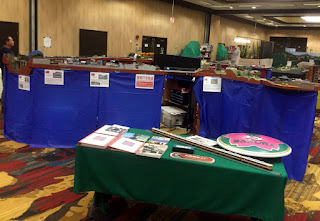 Sam did not have his new module ready for this show but still made the trip up from the Los Angeles area and brought a nice table top display of items including an old steel herald from the front of a Japanese passenger train.


This was another successful outing for the modules.   I don't get to as many N scale conventions as I would like and after attending this narrow gauge convention I know I will attend others in the future.  It gives me more options to attend an event without too much traveling.  I may even be interested in attending a garden railway convention if it's close by.

Posted by nscalestation at 11:19 AM

Cranes like the ones shown in this photo are a common sight in Tokyo.  Because this type of crane does not have the range of the larger o... 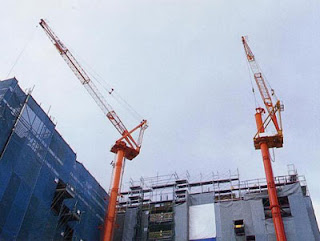