Vehicles for the highway

When we build scenery on modules for public display we have to decide if motor vehicles will be glued down permanently or just set on the module.  I like to have as many as possible not glued down so I can set them up differently at each setup.  The problem is that when the module gets bumped, the vehicles slide around into unrealistic positions.   With this module I wanted to try something different. 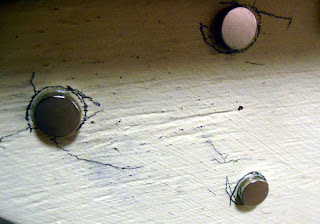 A few years ago I had purchased 100 small magnets on ebay and have been using them for various projects.   I glued several of these under the lanes of the highway in various places.

So plan B was to use the same magnets in or under the vehicles.  Mostly trucks and buses will be displayed on this highway so space for the magnets should not be too much problem but because it is going to be magnet to magnet the polarity of the magnets will need to be tested for attraction before installation. 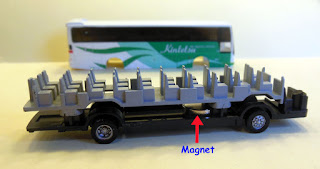 The buses were easy as they are low and plenty of room between the frame and interior insert. 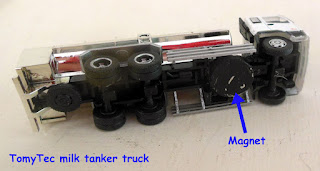 The the frames on the larger trucks are higher so a black painted magnet under the frame was the answer. 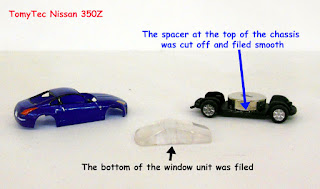 With some minor modification to the chassis and window unit I was able to get one of these magnets into the TomyTec Nissan 350Z and also a Honda Fit. 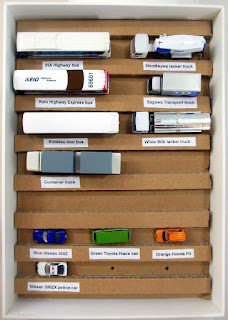 I had kept a box that an ipad had come in and found that it made the perfect box to store these vehicles in.  Some cardboard was used to make a tray with dividers in between rows.  Heads from roofing nails are glued to specific spots for the vehicles to be held in position.

Posted by nscalestation at 10:41 AM

One of the things I've been working on for the past several days was to get all of the poles installed that would simulate overhead elec... 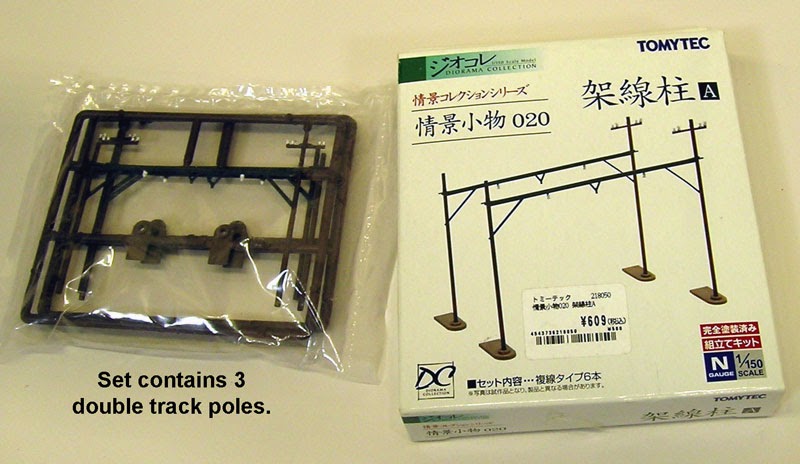